The Science Behind Our Moon Prints

The Science Behind Our Moon Prints

Capturing that exact moment on your moon print for you is important for us.

By simply entering your date and location, we will calculate the exact moon phase for you. You may wonder how we do this. Let us explain a little more about the science behind our Moon Print.

What is a Moon Phase?

It is widely believed that Moon Phases come from shadows or clouds created from Earth. This is a common misconception and is not true.

As an example, if the position of the Moon, Earth and Sun were all lined up in a straight line with the Moon behind the Earth, you will see a full Moon. On the other hand, if the Moon were to be in between the Sun and the Earth, a new Moon will be seen. 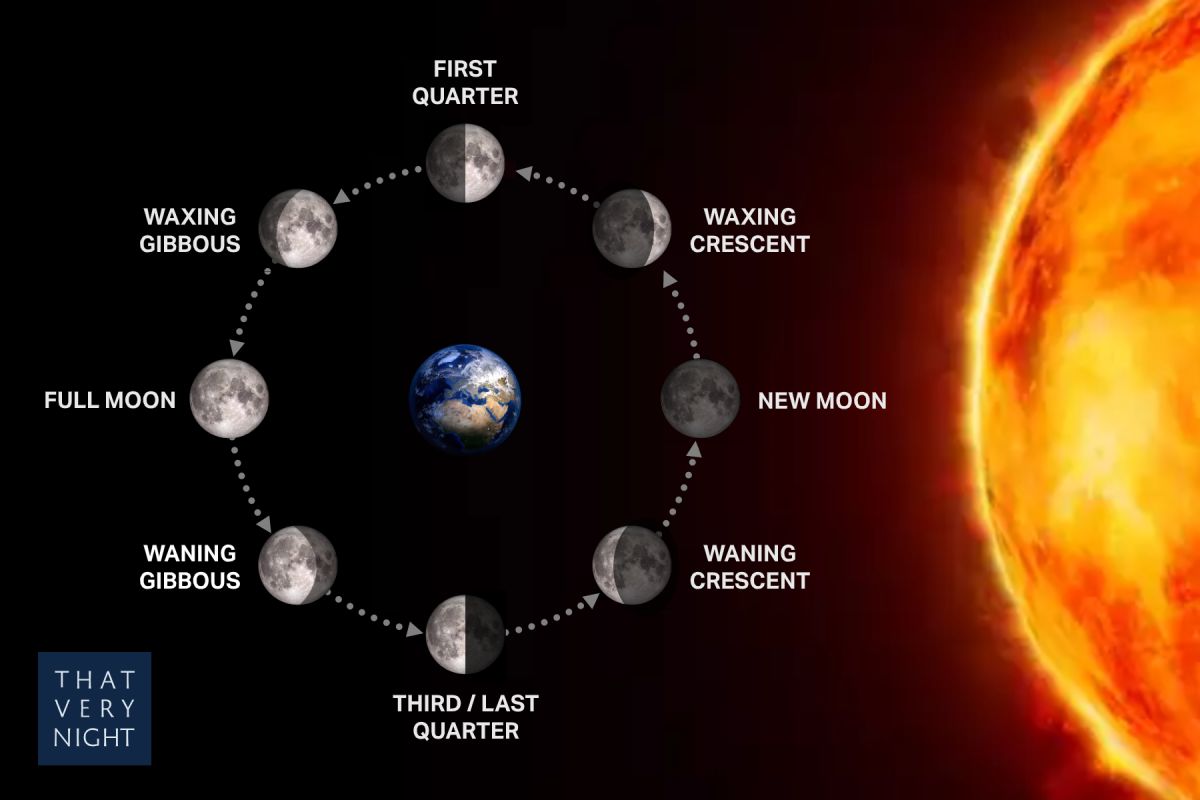 Different stages of the Moon Phase

The different stages of the Moon Phase depend on the ecliptic longitude of the Moon to the Sun. Phases include New Moon, First Quarter, Full Moon and Third Quarter (or also known as Last Quarter) when the angle between the Moon and the Sun (viewed from the Earth) is at 0°, 90°, 180°, and 270°. Each Moon Phase represents 7 days and 9 hours on average (about 1 week).

The number of Moon Phases according to the Lunar calendar is familiar amongst the Western culture. In traditional Hawaiian culture, there are a total of 30 phases.

The Moon circles around the Earth every 29.5 days (also called a Synodic month). This means that every 29.5 days, we will see a New Moon. On average every month we see a full moon (all lit up), however, our modern calendar (also called solar calendar – 365.2422 days a year) does not align with the Lunar calendar (354.367 days a year). The Full Moon does not always appear at the same time every month. Sometimes we even see more than one Full Moon in a month, this is known as a Blue Moon and normally only comes around every two or three years.

Color of the Moon

The natural color of the Moon is grey, this would be the color we would see the Moon from space. There are some cases which cause the Moon to appear in different color:

Red Moon:
Red Moon occurs during a Lunar Eclipse; when the Earth is in between the Sun and Moon the Moon will turn red in color. 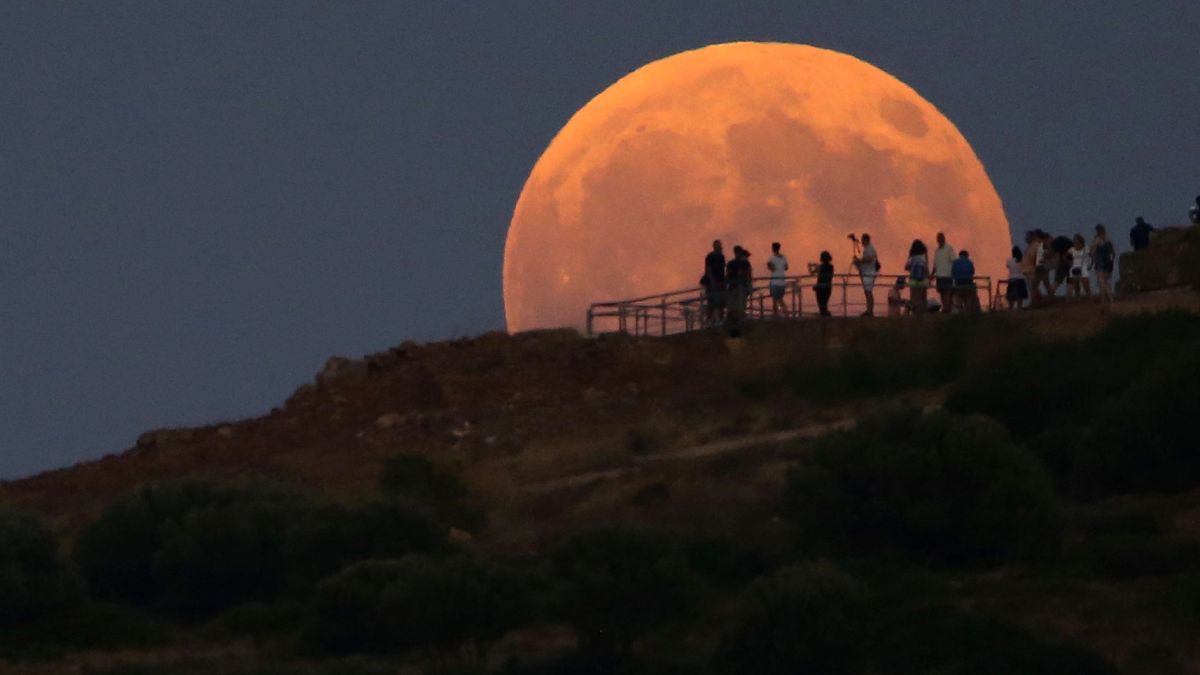 Blue Moon:
Blue Moon does not have any relation to the colour blue. The colour of the Blue Moon remains the same as a Full Moon. If you do happen to see a Blue Moon, this may be due to a volcanic eruption or a large forest fire nearby. The smoke or dust particles in the atmosphere cause natural light to scatter and change the Moon’s tint. 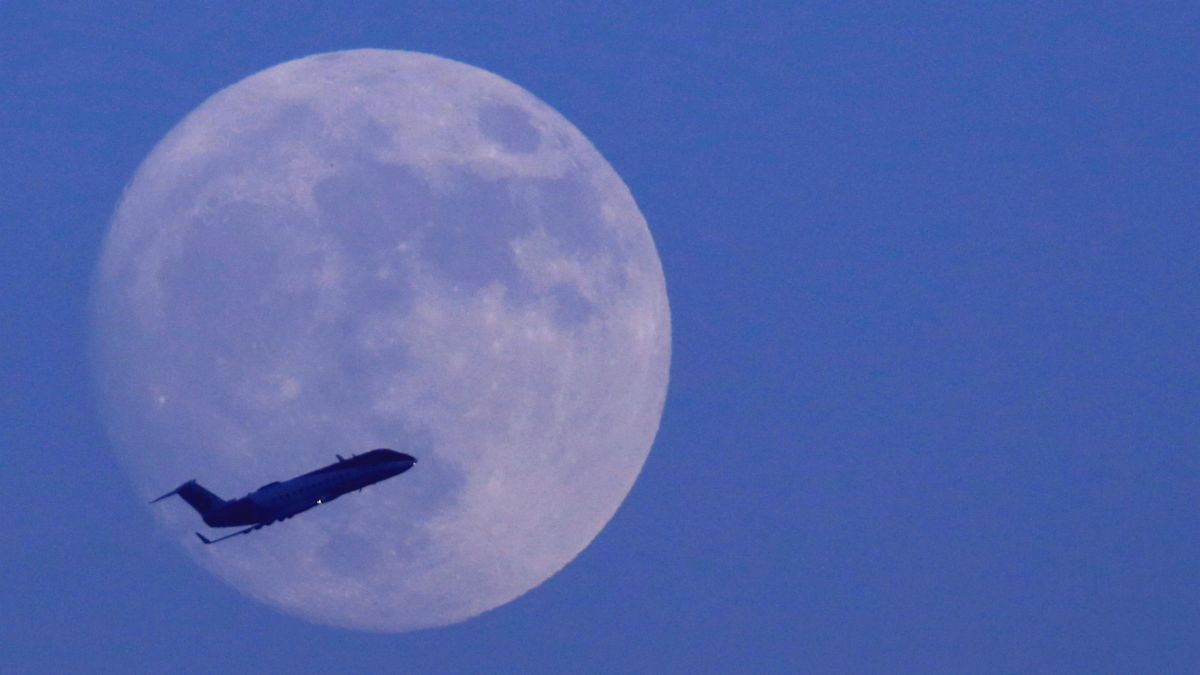 Yellow/ Orange Moon:
The Moon looks orange or yellow when it is closer to the Earth’s surface. This is because when the Moon is low in the sky, the light has to travel through more atmospheric particles such as dust and pollution, which scatter and absorb the shorter wavelengths (blue light). This in turn leaves the longer wavelengths of yellow and orange more visible creating a warmer shade in the Moon. 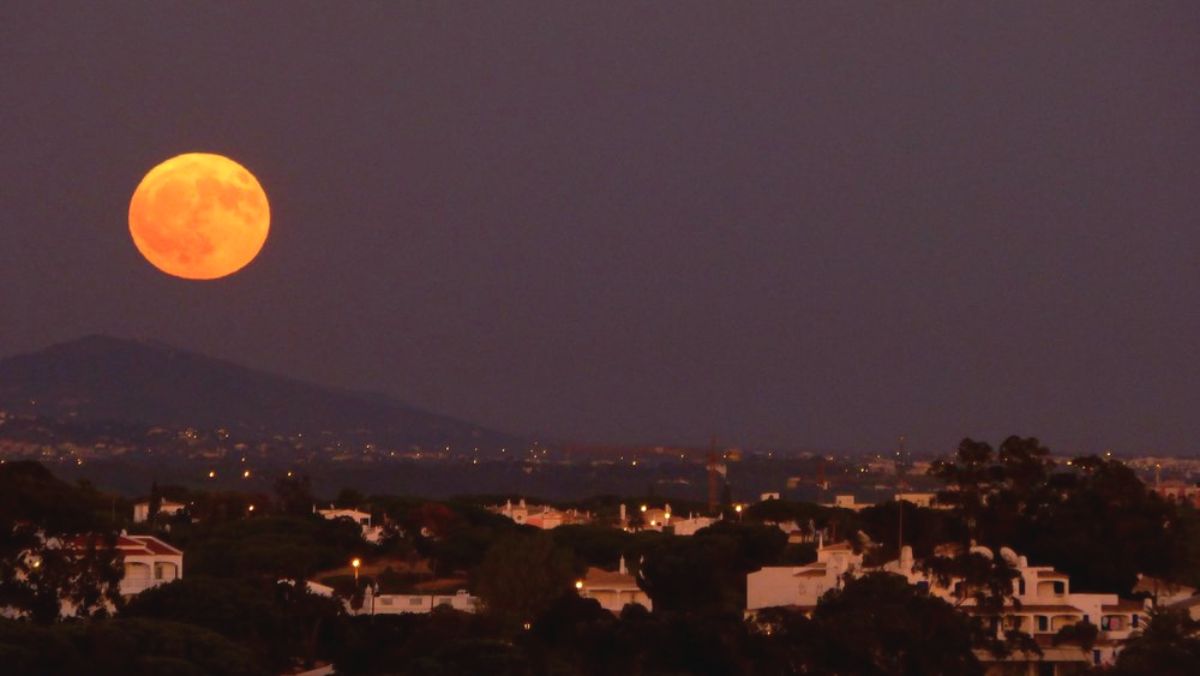 How the exact Moon Phase is calculated

The easiest way to calculate a Moon Phase is to compare the Moon Phase of a known time. For example, on 1/6/2000 at 12:24:01, the Moon was a New Moon. 15 days later there will be a Full Moon. 29.5 days later there will be a New Moon again. However, this calculation assumes a perfectly circular orbit. In reality, though the motion of the Moon is not always perfect as it varies from 29.18 to about 29.93 days. This becomes less accurate when the required date and the known date are further apart.

Does everyone see the exact Moon Phase

There are some myths that different countries see different Moon Phases on the same day. This is not entirely true as everyone on Earth sees the same Moon Phase from that same day.

We have applied the tilt angle to your Moon Prints by calculating the exact tilt of the Moon based on your location.

Accuracy is important to us

Don’t just take our word for it. Go outside and compare the Moon to your moon phase print.

We compared a photo taken at NASA’s Wallops Flight Facility in Wallops Island, preparing the launch of Northrop Grumman Antares rocket, on Friday, Nov. 1, 2019. The rocket is launched on Saturday, November 2, 2019. The crescent Moon is seen in the photo.